I begin with such an opening because I finally found the soundtrack to this movie on eBay, and I will be buying it later this evening. I’ve been looking for it for a few years now both on iTunes and at our local Record and Tape Traders, but both places have produced nothing. I don’t know why I didn’t go to eBay in the first place.

This soundtrack brings back a lot of late college/first-year teaching memories and spending time with my best friend, Brad. I started teaching in a small town in Calvert County, and I’d come home on some weekends and spend the time at his parents’ house in Perry Hall. It’s not that I couldn’t stay with my own family; there were no riffs or tensions between us (and had I known that Dad would have less than two years to live, I might have spent even more time there), but Brad’s family home was a haven to me, a place where I could relax, help out, spend time with my friends, and not fall back into that role of being a son. Strangely enough, at his home, I was treated like a son, but there was no history between us. Everything was good; it was like I had a chance to be a grown-up son without having all that awkward growing-up baggage with me.

This is incredibly hard to put into words.

Maybe it was this: maybe it was that it was like having a brother my own age, and Brad’s parents were so accepting of each of us, even though we were (and still are) so very different. It was a sanctuary to be a different kind of son. I never took that for granted, and I still don’t. I miss Brad’s mom a lot. She passed away a few years ago, and losing both of my “moms” so closely together was a time for wearing some pretty heavy boots, as Oskar would say from Extremely Loud and Incredibly Close…

I leave you this morning with two pictures from the vault: one of me when I was precisely that age, and the other of Mom in a typical moment of happiness. Enjoy the morning, all! 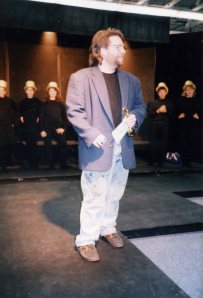 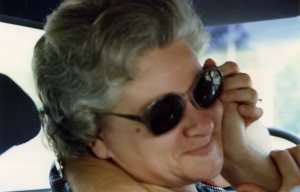 12:45 a.m. Ugh! It is so late! Great assembly/banquet to celebrate the USAG Rebounders team….Go Holland! here’s a pic of her receiving her team award! 🙂 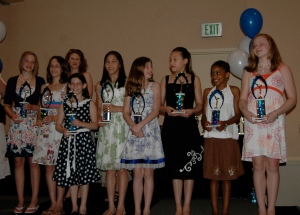