First, before I get into Bella’s arrival, let me clarify something that I wrote in yesterday’s post. Several readers have questioned my comment about people who use cameras in full program mode. In my post, I wrote:

“I don’t care how many computer chips and microsensors are embedded in the camera; if you can’t take it off Program mode and control the settings, you’re just another point-and-shoot hobbyist who takes all the credit for incredible photos that had nothing to do with you.“

I then followed with a general statement that I was not being “harsh.” While I believe that to be true, I also believe that I did a horrible job of communicating what I was really trying to say, which is this:

Photography is built on the very basic principles of light (phos) and perspective (graphis). In its most primitive meaning, it represents “drawing with light.” The more sophisticated cameras (like the one I just bought, as well as the fixed-lens point-and-shoots currently on the market) have computers within the camera to help the photographer determine the best combination of shutter speed and aperture setting to create the best picture. In the last 10 years, digital cameras have made us all look a little better as photographers.

My point that I was trying to make was this: photographers who, fifty years ago, were shooting amazing photos like the one I ran of Marilyn Monroe yesterday had no computer chips embedded in their cameras to take such stunning pictures. They relied on the basic principles of photography to “draw with light.” The best cameras in the world can do their best to draw with light as perfectly as possible; however, in my opinion, the serious photographer needs to return to the basics of photography and learn to override the computer programs to “draw with light” with intent. An understanding of the basics still matter. We cannot always rely on what the computer chips believe to be right; we have to take the cameras off of program mode and manipulate our photos by using the various brushes at our disposal. Only then will we be able to distinguish ourselves from all of the other photo enthusiasts who take advantage of the latest technological innovations in the field of photography.

My apologies if I offended. It was never my intent to do so. Sometimes, though, when we blog, we publish raw thoughts that are written in such a way to help us, the writers, understand and make meaning of our own thoughts.

A day on pins and needles, waiting for her to arrive. My wife tortured me all afternoon, sending me text message horror stories of UPS trucks “dropping” packages in the middle of the street, only to have them run over (and over and over) by innocent passers by….It was not an easy afternoon at all for me.

When I got home, though, there was still no package.

The UPS tracking was not specifying, either, that she was even on a truck to be delivered. Tracking indicated that it was still in the warehouse in Sparks, MD. My wife, who knows the behaviors of the major delivery services–FedEx, UPS, and others–a little too well, told me this probably meant that it didn’t make it on the truck and, in all likelihood, it would be delivered tomorrow.

I am not one to give up hope, but she knows what she is talking about when it comes to delivery services. I was pretty upset to hear her say this.

Just then, the sound of a delivery truck slowed to a stop outside our house, and I was delighted to see our front windows filled with chocolate brown; the UPS truck made it after all.

Not to look overly eager, I didn’t greet the UPS driver at the front of the truck; I resisted and met her at the bottom of the driveway. One quick signature on that heavy computer tablet, and the boxes were in my hand.

I sat them on the dining room table, a little nervous to open them. I remembered how my father opened his gifts on Christmas morning, peeling off the tape one piece at a time, savoring the moment as long as he possibly could. That’s how I felt, looking at those boxes. I wanted to make opening them as special as the taking that first picture.

The box with the camera was very heavy; the smaller box, with the Extreme 8gb card, felt like they had forgotten to put anything inside.

I couldn’t wait any longer, and I opened the boxes. 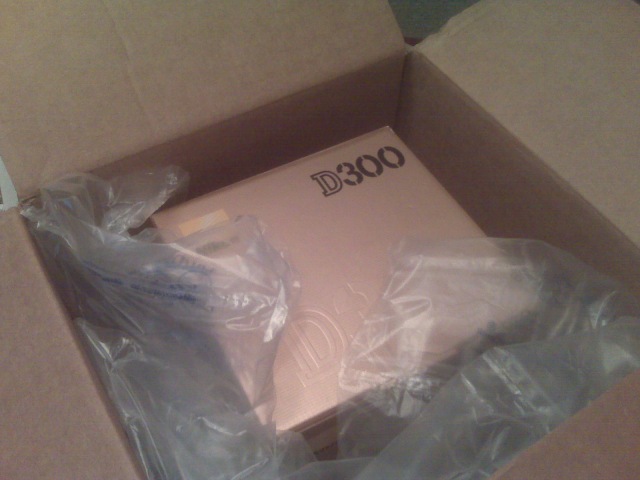 I did savor each moment. When I finally had the camera, the lens, and the Extreme card unpacked, I felt a little breathless.

All of the reading and the preparation I had done before this moment could not–did not–prepare me for how intimidating this camera is.

I remember when we first brought Holland home from the hospital. As parent newbies, we read the obligatory What To Expect When You Are Expecting book from cover to cover. We received advice from dozens of friends and family members from different generations. We created our philosophies of parenthood and solidified our foundation of what a “home” meant and how we would raise our children. Yet, with all of that training and preparation, nothing prepared us for the overwhelming feeling we both received a few days after she was born. When we brought her home, she was still sleeping in her infant car carrier. We sat her down on the living room carpet, and we sat on the couch in front of her. It was then that it hit us–the terror and the fear of becoming parents and taking care of this infant.

Now, in no way am I diminishing that moment by saying Bellatrix’s arrival was as significant as my own daughter’s; what I am saying, though, is that the same overwhelming feeling consumed me. No matter how much training and preparation I did in the previous weeks, all of that didn’t matter–at least at that moment when I first held her. I am sure that, as I continue to work with Bella in the coming days, a lot of what I learned in my reading will come back to me. But this is one intimidating creation, and I’m a little afraid to do much of anything but look at her in awe. 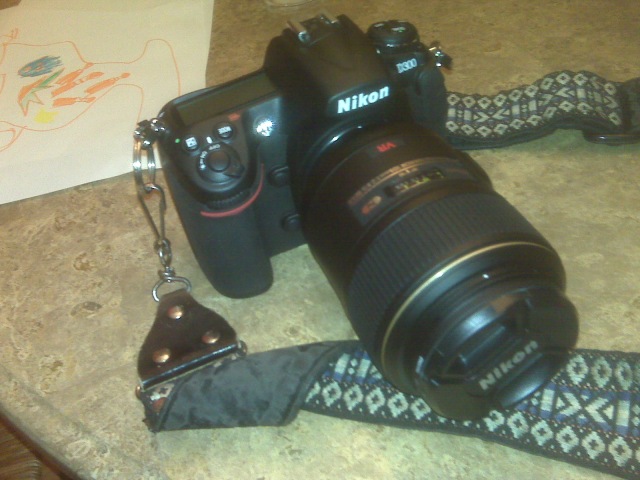 I took a few practice shots of my kids, but I can’t seem to download them easily on my Mac. That’s what I’ll be learning on Wednesday….As soon as I understand what’s different in downloading from the process I’ve been using with the D70s, I’ll start posting my pictures.

Finally, I end with this semi-related story. I shared a piece of writing (“Alice Flows”) with another writer today, and her feedback surprised me. It went against everything I had heard from all of my other critics, yet it spoke dearly to my heart and to my muse of who I am as a writer and as an artist. She reminded me that I needed to follow my own instincts as a writer and not worry so much about what everybody else thinks.

She is absolutely right. In my response to her, I wrote:

I think there comes a time for every artist where she just has to have faith in herself and say damn all feedback. If we try to emulate what everybody else is doing and conform our pieces to today’s readers, how will we ever grow as artists? How will we ever challenge others to follow their own muse?

I end with these words because I think it’s important for us to remember. As artists, we have to trust ourselves and what we believe in. We cannot listen too dearly to the advice of others who want us to be like everyone else.