After spending day three in the sun, the humidity, the rain, and then the colder winds blowing off the bay, I know three things:

Of this third point, I am absolutely certain.

Let me back up just a bit here. Today was Amusement Park day. We decided this would be the best day to hit the parks because the weather forecast wasn’t that great, and we knew most of the weekend traffic wouldn’t hit the parks until tomorrow or later. With that call, we could not have been more accurate. The parks were empty, for the most part, and the kids never had to wait in line for any one ride. This is something they’ve been wanting to do since their first memories of traveling east to the beach, and they were thrilled with all they were able to do today. Two parks–one at the pier and the other at 30th street–was just about all they could handle. It certainly is nice when your kids are telling you they are done at the park!

We then had dinner at the Paul Revere AYCE buffet. The food was fine. Really, it was. But I was not very good in my choices of food, and so I feel rather swamp-moose-ish right now. I don’t see any more buffets on our horizon this trip…

We then took a walk along the boardwalk, where we saw Randy Hofman’s sand sculptures of Christ. More on Randy below.

We ended our day by driving along Coastal Highway and into Delaware to see the Fenwick Island Lighthouse. More on that as well below.

We’re taking it easy tomorrow. I plan on waking at 5:20 to hit the Inlet for sunrise and see what Bellatrix and I can capture…Then it’s back home and then to the beach for the day with the family.

Huh. “Back home.” We’ve come to love and appreciate this wonderful condo so much that it feels like home to us. We wish we could express our gratitude for the gift they have given us this week…. ❤

Ok. On with the pictures, annotated slightly for your viewing pleasure. 🙂 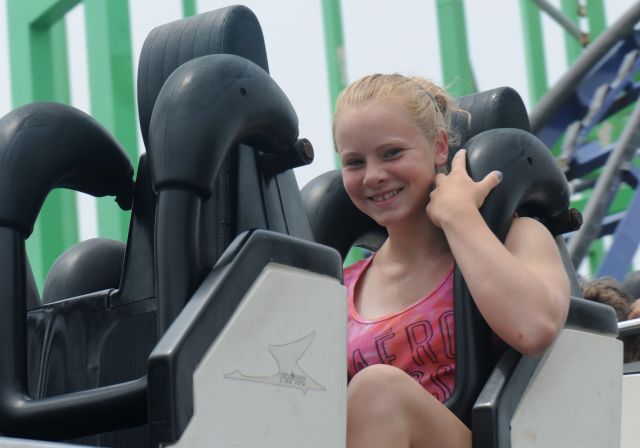 Holland kicked off the day with a ride on the roller coaster–the one her father will never get on because, well, it goes up and down and around really fast. 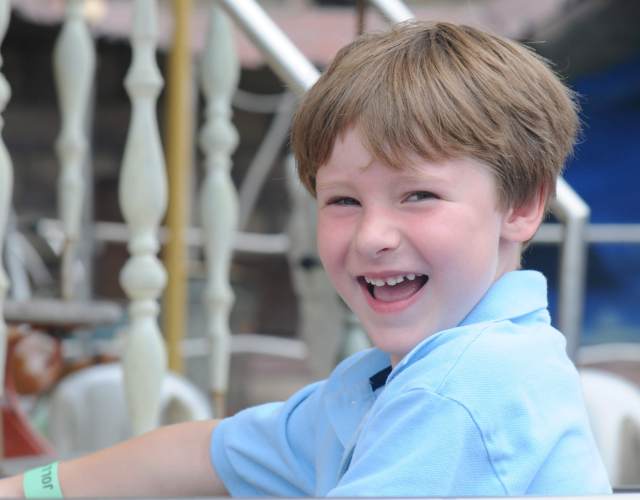 Braeden, happy. Now this was taken before he went on any rides–after which, he was mostly: Braeden, sad and purple. 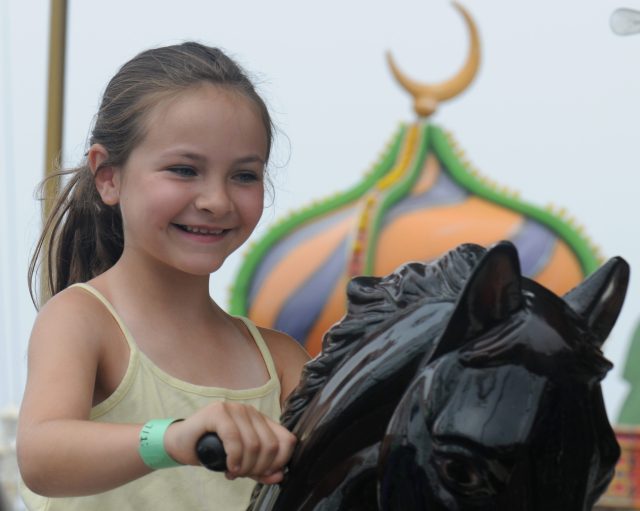 When isn’t Madelyn happy when she’s on a horse?

Ok. Things got a little interesting thereafter. In the next three shots, you’ll see the before, during, and after stages of Braeden on a ride that went around and around, a little too fast. 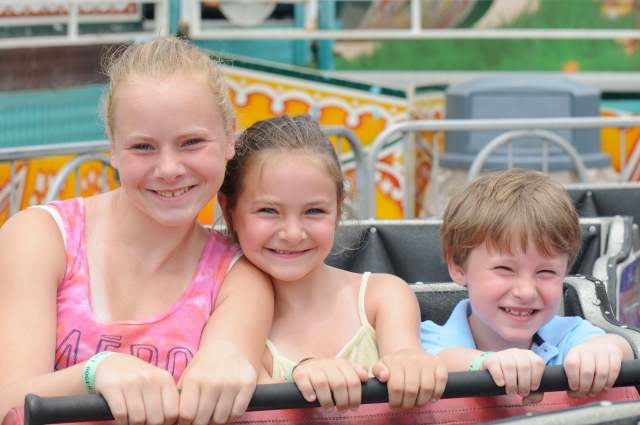 Awww….Look at how happy they are before the little ride begins to spin… 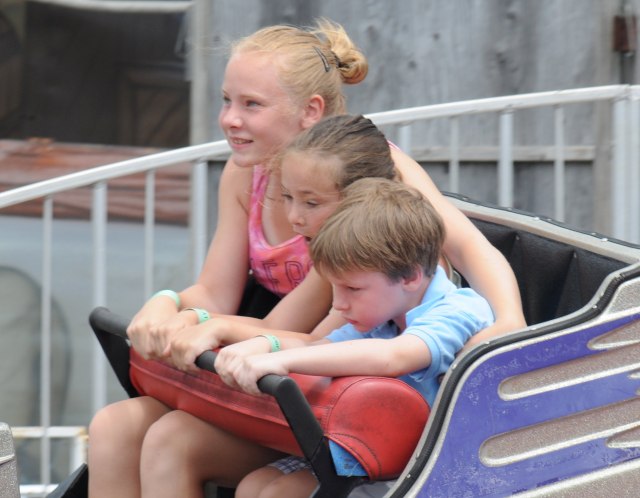 Please note how less than happy (and noticeably bluer) Braeden is, midway thrugh… 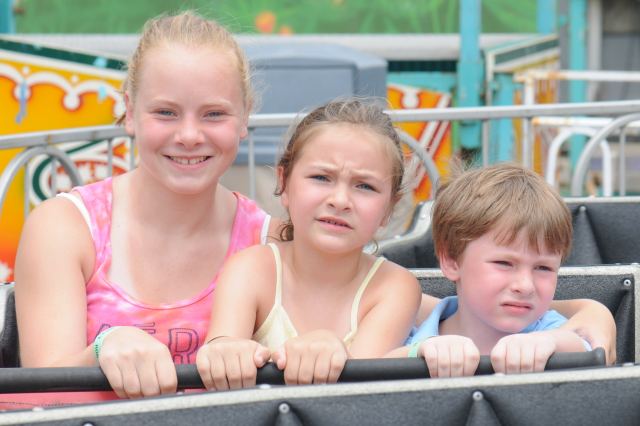 In the words of the Bubble Boy from Seinfeld, Braeden’s looking….Not. Too. Good. 😉

Speaking of purplish tones…Madelyn did NOT like the Morbid Manor ride. 😦 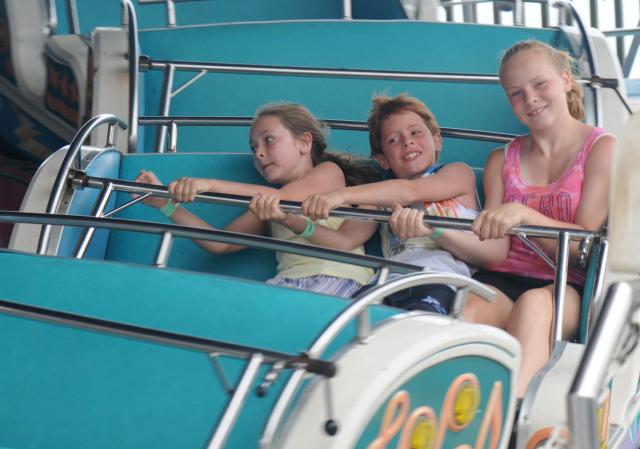 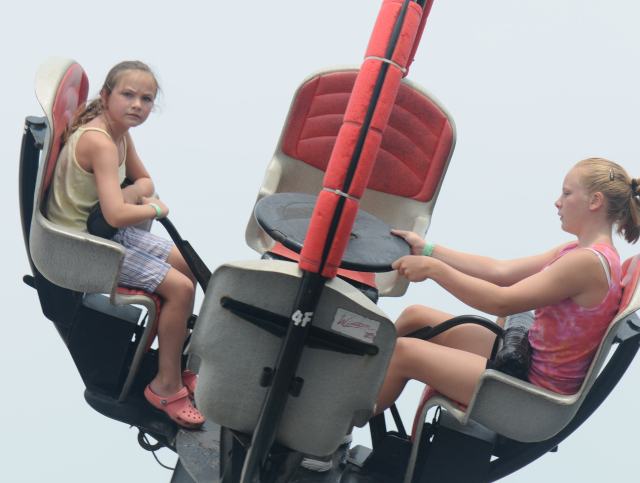 And she handled the Tornado in mid-air, mid-spin, as if she were almost bored!!! 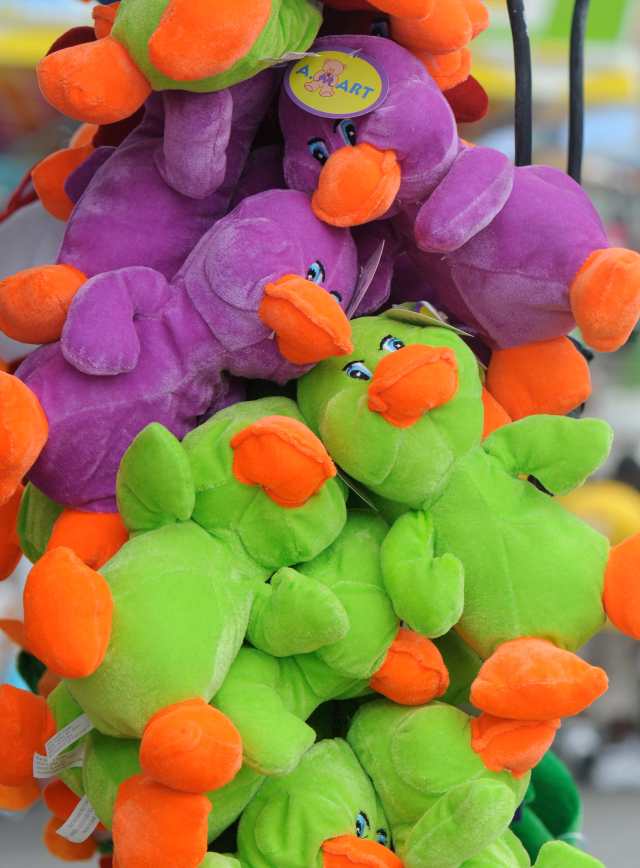 Artistry no. 1: Colorful ducks dangling by a string…. 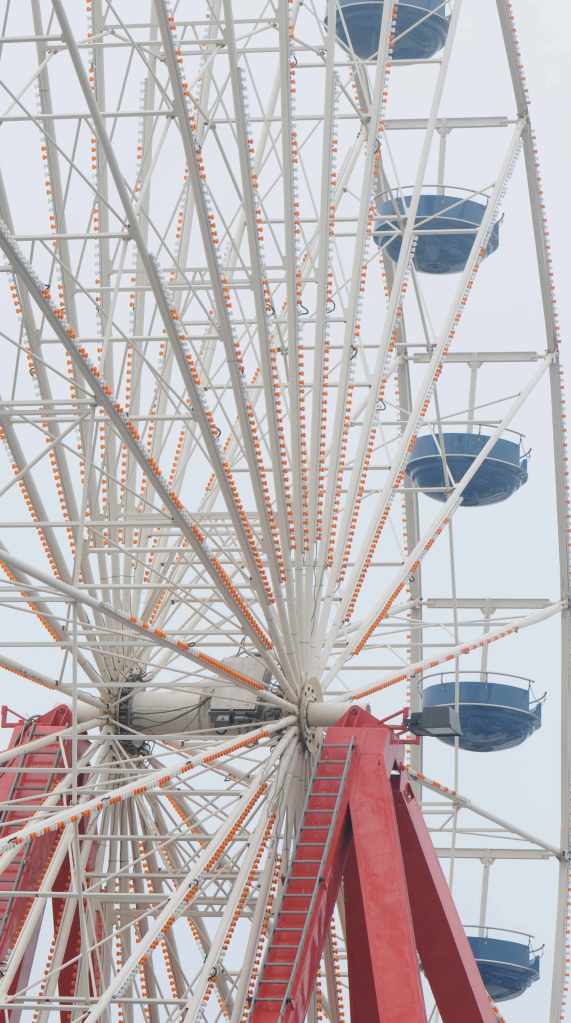 Artistry no. 2: Around the Ferris Sun… 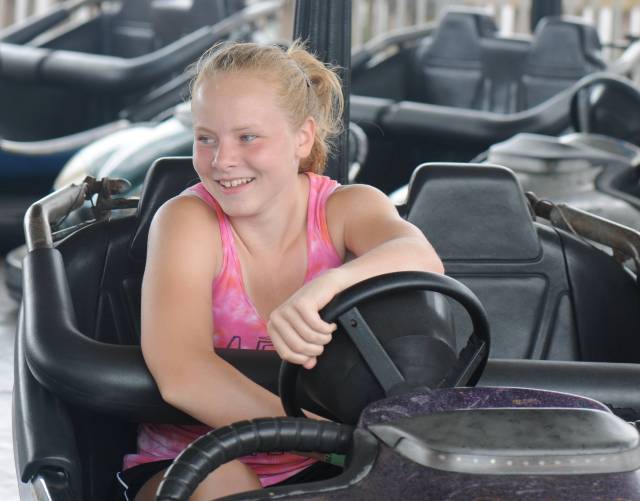 Now, to appreciate this fully, you have to understand that Holland believes that she is superior in every way to her sister. We have been telling Holland for months now that she’s just a few short years away from seeking out her learner’s permit to drive. She saw bumper cars as a good way to get some practice, especially when her sister was in the ring. What better target than to ram your helpless little sister at full speed (what? 1 mph?)…and not even get in trouble for it? What she didn’t expect was that her sister would have an agenda of her own (once she realized she had to depress the pedal on the floor to move the darn car…) 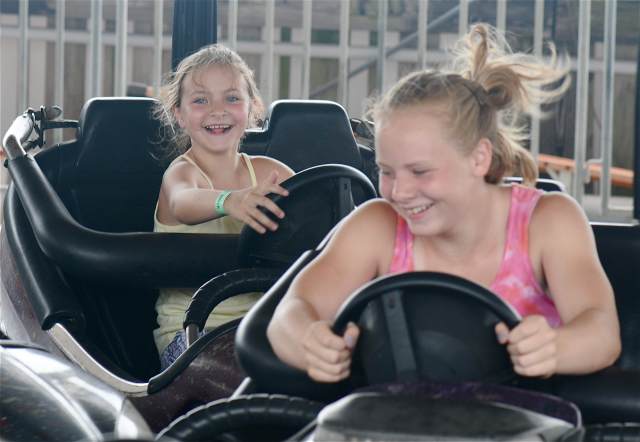 I leave you with five pictures that I took after the bathroom incident, which I will explain to you now. 🙂

Near the end of our wonderfully filling buffet at the Paul Revere eatery, my lovely son, as if on cue, told me that he had to go to the bathroom. I sometimes wonder if small children feel the need to pee in every new bathroom they might encounter, for some odd, territorial reason. Well, tonight was no different. And boy did he put on a show for all of the other men who found the need to pee at just about the same time…

Upon entering the stall, Braeden immediately noticed the “three words” that were written on the stall door. “The people who work here probably did that when they were bored, or something,” he said, to which I replied (as I always do): “Go to the bathroom, Braeden. Focus on going to the bathroom.”

The man waiting for his young son to finish up in the next stall smiled casually; he understood perfectly.

And that’s when Braeden began sounding out the words (Here’s where I find fault with such wonderful programs like The Letter Factory).

“Braeden,” I interrupted. Please, I beg you. Just pee already.”

“Why would people want to write about trucks in the bathroom?”

Then he noticed that the second word began with my first name.

I cannot begin to tell you how much I wanted to rip that door from its hinges and read how my name could possibly be associated with That Other Word.

“That’s enough, Braeden. Just stop there so we can hurry up and get back to Mom and the girls…”

He agreed, and when I flung the door open to his bath stall when he had finished, , I found a lifesize graffiti of text and words, telling me–SHOWING me–what the carver would like to do with an undisclosed number of Russian women.

Ok. The final five. The first four are of the day’s sand castles created by Randy Hofman, who has been building such castles since 1981 on the boardwalk and 2nd street. Amazing artist. You can find out more about his mission and his artwork here. I have to tell you, that when I was shooting the FORGIVE photo, I got chills. I’ll have to explore that more later with you in another post.

The fifth and final picture is of the Fenwick Lighthouse. My sister and her husband are beginning an east-coast tour of all of the lighthouses on the atlantic shores, and we visited this lighthouse while thinking/missing them greatly. 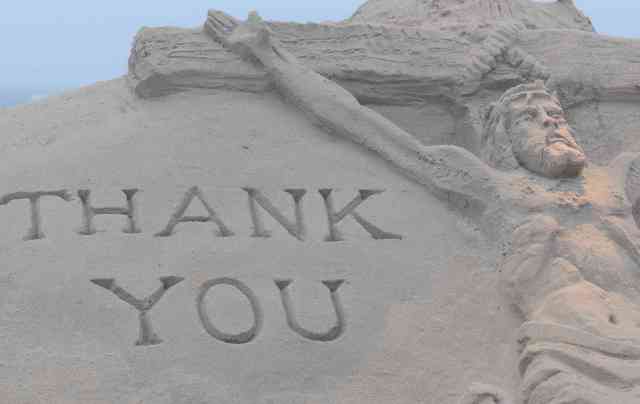 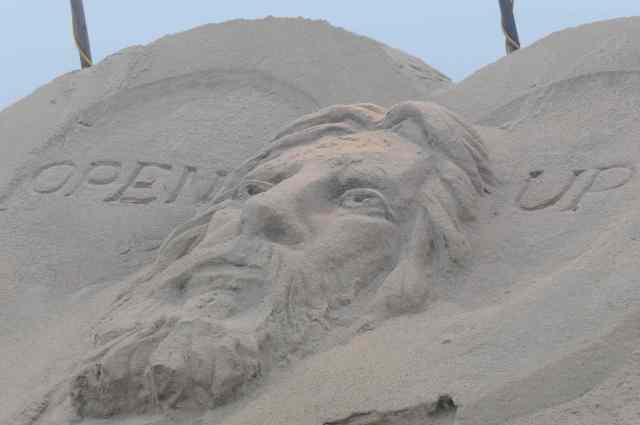 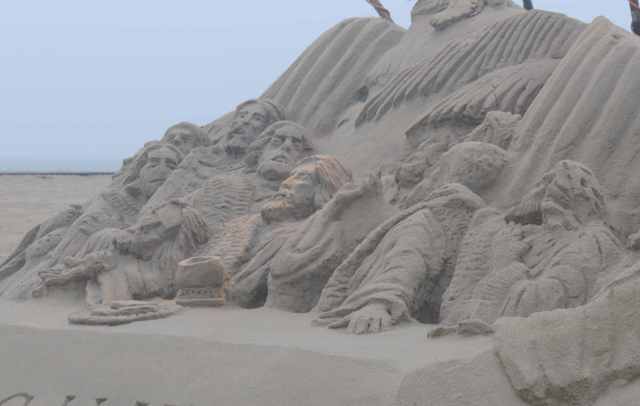 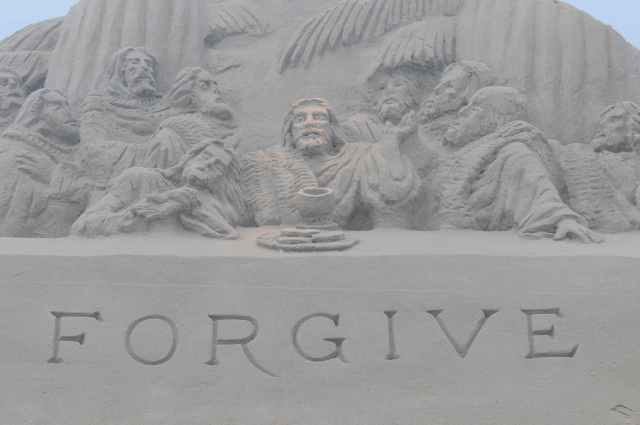 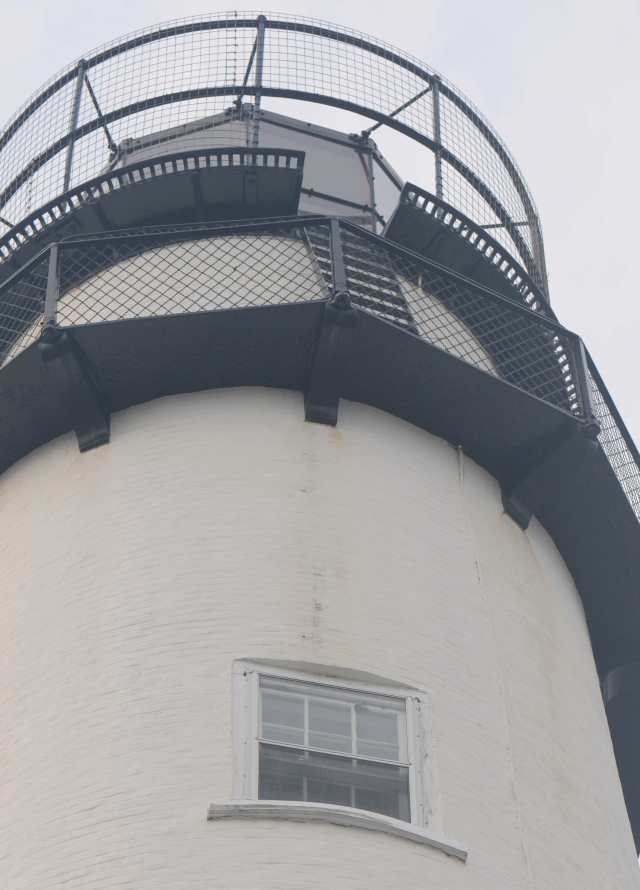 Enjoy this blessed day. May it bring you the strength it brings me with each new rise of the early morning sun…