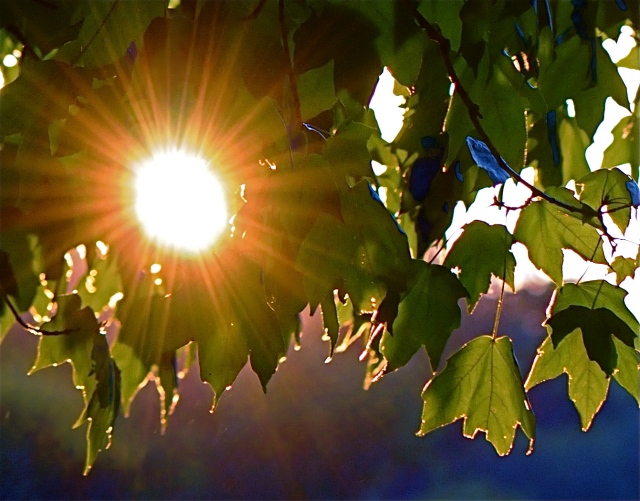 A little bored at soccer practice, I felt the call of the sun peaking through the leaves….The temps were dipping below 60, and that certain chill in the early autumn air was unmistakable.

What I saw when I looked through the lens was that ever-battle between the seasons and the sun. Yet, despite the sun’s greatest attempts to hold autumn at bay for just a few more weeks, change is inevitable.

Lesson in there, I believe, if we stop thinking too much about it and just let it simmer for a spell….