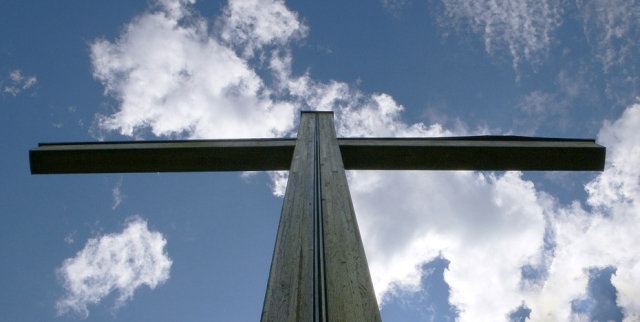 In just hours, I will be confirmed into the Catholic church. The journey here has been a long one, yet there is no doubt that this is the beginning of the greatest journey of my life.

I was baptized on April 23, 1965 at St. Margaret’s Episcopalian Church in Parkville. My parents served as my Godparents; there were no other witnesses on record.

In the years that followed, I was confirmed at Arnolia United Methodist Church on March 12, 1978. It was a process; it was just what we did when we turned 14. I remember wearing a white robe, and getting silver coins from my brothers. I also remember a girl in my class who was wonderfully pious. Susan radiated a spiritual faith that I envied. I did not understand why I wasn’t like her. She was unlike everyone else that I was friends with in school. As we got older, she continued to get more involved with church; I continued to get more involved with my friends.

As a senior in high school, I was pretty open about being a Christian, and I took part in a few Christmas choir events. I even opened my graduating quote in the yearbook by thanking God for his blessed gifts. But other than that, I don’t recall doing much with my faith, except for living a life of general service to others. There were others, like a guy named Rob, who really served others in Christ’s name. I remember hearing that Rob would go to malls on Friday nights to see who was in need of support. That really struck me, but I didn’t have the guts to learn more.

Then, in 1988, while living with a couple of paramedics in Southern Maryland, I hit a low point in early summer. I felt like my life had little purpose, even though I had just completed my first year of teaching in a small, cutting-edge school on the western shores of Chesapeake Bay. I was empty. On a Sunday night, one of my roommates returned from a spiritual revival. He was absolutely electric. I asked him to tell me all about it. He did. I remember thinking that this is what I needed. Christ filled him with joy; I needed to open up to God and (finally) let Him in.

The next week, he and his friend held a small group bible session with the three of us. His friend had his guitar, and he gifted me a bible, dated June 8, 1988. I considered that my date of spiritual rebirth with Christ. Ten months later, my father died, and I wrote a eulogy threaded with Christian comfort, strength, and love. Christ got me through the hardest days of my life, and I will never forget how powerful His love was for me so that I could comfort others, through Him.

Later that year, I joined a Presbyterian church close to my house, and I became very involved with the theater group that would perform weekly scenes of conflict, resolved by scripture and God’s love. It was the group of churchgoers that I had bonded with, and I found the community so supportive; at Chesapeake Presbyterian, it was the first sanctuary that I called “home.”

The greatest event at Chesapeake was when we performed our version of Beauty and the Beast for 700 children at our summer camp. On that final day, with everyone standing and worshiping, I felt an overwhelming presence of God in that sanctuary. It was a moment I will never forget, a testimony of God’s strength in a worshiping community.

In 1992, I left the Southern Maryland area, and I said goodbye to my church family at Chesapeake. I embarked on a spiritual journey that carried me through the eastern religions: Buddhism, Confucianism, and Taoism. I considered myself a “wandering Taoist among the Christian fields” and studied the writings of Thich Nhat Hanh and others who embraced the similarities between Buddha and Jesus. 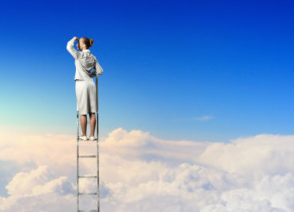 During the next 15 years, I tried desperately to “create” that community relationship through social media, but it all seemed so backwards. About 10 years ago, I was biking with my friend Trina, and I was trying to encourage her to join an online group I had created to celebrate God’s message. Trina was, and still is, very faithful to the Greek Orthodox Church. Her beliefs and practices run deep, and she called me out for my attempts to create social groups out of thin air. She knew that it wasn’t coming from within; I was trying to replace my experiences at Chesapeake with a lot of words signifying nothing. As genuine as the attempt might have been, the content itself wasn’t coming from a genuine place. I think I was more concerned with creating something that had thousands of followers. She saw right through that.

Gradually, the eastern philosophies became less of a religious doctrine and more of a way of life for me. They gave way to a more central focus on Christianity, a quiet practice but one still without a home.

Then, in 2014, while I was writing for The Sun, my editor gave me an assignment to cover a local church’s Easter service being held at Towson University’s new SECU Arena. The minute I stepped in Church of the Nativity in Timonium and met with Kristin, Stephanie, Alison, and a few others, I felt the same affinity that I had felt at Chesapeake. This is where I belonged. Yes, the church itself felt so inviting and warm, but it was the smiling, welcoming individuals resonating God’s love that made me realize: this is home. A few weeks after Easter, my wife Amy (raised Catholic) and I went to an evening mass at Nativity, and we accepted an invitation at the end of mass to take a ten-minute tour and learn more about joining Nativity. We both loved everything about the church, and within a year I decided to begin the long process of becoming a member of the Catholic faith.

I joined their Vantage Point new member class a little late in 2015, and once again I felt the bonds of Christian fellowship. Yet, as we approached the Easter Vigil Mass in 2016 where I would be confirmed in the Catholic church, I did not yet feel comfortable in understanding, fully, what it meant to be Catholic. My faith was stronger than ever; Trina’s words, however, echoed in my mind and in my heart. I did not want to do this unless it was from within. I wanted to spend another year praying to God with an open heart to learn all that I could about Catholicism.

It was a hard decision to make, and I was somewhat sad as I watched the others in my Vantage Point group be baptized and confirmed at the Easter Vigil Mass in March of 2016. Following Easter, I did not waste any time in learning more about Catholicism and becoming a stronger Christian. In October 2016, I joined Vantage Point again, became an integral part of our large group of catechumens, candidates, and sponsors, and attended every session. Our mentors, Evan, Peter, and John, were both instructive and supportive. Through their own humble teachings, they led us, week by week, through the pillars of the Catholic faith and strengthened my own resolve to be a better Christian through Catholicism.

And now, as I prepare in these final hours for our Easter Vigil Mass this evening and my first communion, I reflect on the journey I have taken to be here. I am 52 years old, and along my winding, spiritual path, I have struggled with my own faith, I have stumbled in my efforts to love and serve others, and I have grappled with understanding and fulfilling God’s calling. As a teacher of high school and college students, and as a father of three, the temptation is great to have my students and children “get it” immediately and understand whatever message I might be teaching. I want them to have that “A-Ha” moment in our experiences; I want to provide enlightenment so that their lives are happier, safer, and filled with more enriching experiences that provide greater opportunities for love, joy, and happiness.

But just as I witnessed Susan’s love for God in my confirmation class at 13 years old, or watched Rob sit with others at a mall on Friday nights when I was 18, or even as I listened to Trina when I was 42 tell me that I wasn’t quite there with why I wanted spiritual companionship, I realize now that I cannot force anyone to be ready to receive knowledge, or spirituality, or even self-love. All I can do is be myself and offer the love God offers me to the world, to resonate the wonderful things that God does for me, and for all of us, and in everything I do. Just as my roommate resonated his love for Christ in 1988, and just as Nativity beamed with God’s love through the greeters and the leaders who welcomed me in 2014, I know that I am now a disciple of Christ to do the same for others.

All I have to be, Lord Jesus, is who you need me to be.

I chose St. Francis de Sales, patron saint of writing and journalism, as my saint to look up to and watch over me. Through humility, service, and sacrifice, I hope to use writing and journalism as God’s instruments of peace and love to help others find faith, strengthen love, and embrace peace.

I leave you with the words of St. Frances de Sales, and I humbly thank everyone in my life path who has offered me love, guidance, and support along the way. We cannot do this without each other; I am grateful for this day, and for all of you.

God bless, and in full faith, I am ready to serve in peace.

“Do not look forward to what may happen tomorrow; the same everlasting Father who cares for you today will take care of you tomorrow and every day. Either He will shield you from suffering, or He will give you unfailing strength to bear it. Be at peace, then, put aside all anxious thoughts and imaginations, and say continually: The Lord is my strength and shield; my heart has trusted in Him and I am helped. he is not only with me, but in me and I in Him.” St. Francis De Sales 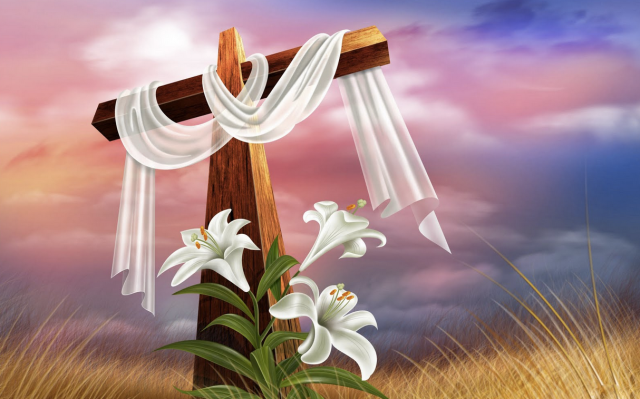