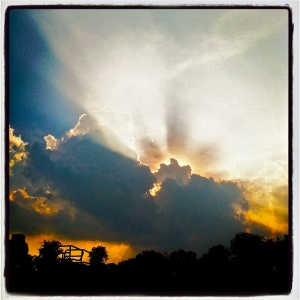 My 2012 was filled with literary opportunities and relationships, both here in Baltimore and around the world. Along the way, I learned a great deal from several writers who take great risks with their words and paved the way for other writers to do the same. I contacted 13 writers, and 7 responded with links to some of their best pieces published in 2012.

an eighth writer, Dan Cuddy, sent me some work that wasn’t necessarily published as articles on his own site; instead, he sent me notes and letters sent to other writer-friends. This sonnet, written in October 2012 to Clarinda Harriss and Moira Egan, struck me rather deeply:

Writing sonnets demands order, the kind
That assembles red-coated soldiers wearing
Black boots, polished like their obedient minds,
And having them strut cold regal bearing.
Writing parades its form, and in a sonnet
The tune is old indeed that the feet march to,
Though modern quirks appear, bees in the bonnet,
And maybe words like somewhat quaint “hark to”.
The discipline though is just surface order;
Within the uniform a human squirms and sweats,
The words’ emotion’s outline, purpose, border.
All is restrained, tamped down, the frets, regrets.
Quaint sonnet form sometimes girdles the heart.
The war within held so stiff, sedate, apart.
~Dan Cuddy

I am most grateful to Dan, Adam, Alyssa, Bernadette, Cara, Jodi, Laura, and Rob for answering the call to share their work. Please continue to support these wonderful writers and all they are doing to encourage us to write — and to publish — the very essence of what makes us uniquely human.

And now, without further ado, I present the writers who encouraged and supported me with their own words throughout 2012. Thanks, all. May you continue to do your service to writers around the globe.

Adam is an English teacher and occasional drummer sifting through the ennui, minutiae and detritus of life and cataloguing them as potential story ideas.  They are pretty much a pad of sticky notes on the fridge door.

He inhabits Twitter as @revhappiness and writes flash fiction and blogs at A Fullness In Brevity.

In 2013 he intends to continue the collaborative epistolary narrative, Post Marked: Piper’s Reach with Jodi Cleghorn, and has plans for a novella, a work of non-fiction on creativity and the odd short story or two.

Tell Me Your Story

Creativity As An Adventure Of The Soul 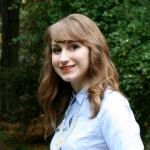 Alyssa Bailey is a UNC-Chapel Hill December 2012 graduate who is preparing to make her move to New York City to start her career in the magazine industry. In 2012 alone, she studied abroad in Paris (her first time out of the country!), interned at Women’s Wear Daily in Paris and at ELLE magazine in New York over the summer, and finished up her French and journalism degree in Chapel Hill one semester early.

2013 Plans: To settle in New York and snag a job as an editorial assistant at a top fashion or women’s interest magazine. To truly embrace post-grad life and continue to learn from others around her. To be bold, a resource and just someone who takes chances and makes stories. Also, of course, to find time to write about what she takes in every now and then.

Uncertainty— a post on uncertainty, probably one of the hardest things for me (and most people) to cope with and the journey to tolerating and even embracing it.

Someday— a post on the idea of someday people, that lost long-term love interest you play with the idea of ultimately settling down with, even though you’re in different places for the foreseeable future.

Hidden— a post on hidden interests and how they show there is more to people than we think and how that secret side is worth learning.

Spark— a post on sparks and the difference one person and chemistry can make. 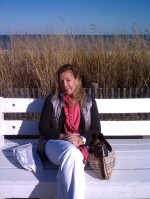 For 2013, Bernadette will continue to fundraise for children’s causes and basic human needs like food, clothing and shelter for the poor. Her next book titled Just a Few Things I Learned Along the Way is expected to be published in the Fall of 2013. Her personal web site is www.bernadetteamoyer.com, and she can be found on Facebook; her blog posts can be found at redroom.com.

You Need To Make Peace With Yourself

I Am A Writer

When A Man Loves A Woman 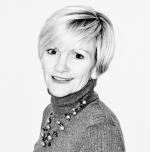 Cara Moulds holds a Masters of Liberal Arts from Johns Hopkins University and Administration & Supervision Certification from JHU, and is a National Board Certified Teacher.  As a former high school administrator, she is skilled at helping people set goals and achieve success. She is the founder of  The Spiritual Power of Creative Living, where she writes and vlogs on incorporating spirituality and creativity for success in your professional and personal life. Cara is also an accomplished  fine art photographer with a permanent exhibit at the Claudia Mayer Cancer Resource Center at Howard County General Hospital in Howard County, MD. Most recently, she is the co-founder of the Creative Counsel For Artistry & Inspiration.

The Courage To Write

Honoring Resistance To Do The Work

Jodi is an author, editor and small press innovator with a penchant for the dark side of humanity. Published in anthologies in Australia and abroad, she was the 2011 recipient of the Kris Hembury Encouragement Award for Emerging Artist. ELYORA is her first novella.

How Truancy Taught Me the Importance on Endings

Friend or Foe: The Impact of Your Belief System on Writing

How I Catalogue the Chaos

How I Found My Way Back to the Light

Editor of Little Patuxent Review, Laura Shovan was a finalist for the 2012 Rita Dove Poetry Award. Her chapbook, Mountain, Log, Salt and Stone, won the 2009 Harriss Poetry Prize (CityLit Press, 2010). She edited Life in Me Like Grass on Fire: Love Poems (MWA Books, 2011) and co-edited Voices Fly: An Anthology of Exercises and Poems from the Maryland State Arts Council Artist-in-Residence Program (CityLit Press, 2012), for which she teaches.

Recent accomplishments: poems to be published by Quarrtsiluni and Seminary Ridge Review in 2013, reading at Minas Gallery January 6 at 4 PM, working on a children’s novel-in-verse. In February, participating in a literary exchange with poets from North Carolina. In March, attending AWP for the first time, representing LPR.

“Poetry Friday:  Now You Know the Worst” The recent post is a response to the Sandy Hook shootings. It includes a poem by Wendell Berry. The posts looks at children creating art as a means of coping with violent events.

The most popular post from my National Poetry Month series, “30 Habits of Highly Effective Poets” was Dennis Kirschbaum’s hysterical look at writers’ block. Dennis’ first chapbook is coming out from Finishing Line Press in 2013. I’m very excited for him! He’s a Maryland poet.

Last, I’d like to share a truly magical moment from one of my school residencies: “Poetry Friday: Mummy of Lady Teshat.” The post features an ekphrastic poem written by a fifth grade student. When she read the poem to her class, it was electric. One of the highlights of my entire teaching career. 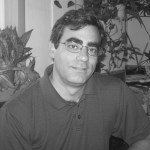 Rob Diaz spends his days writing computer software and his nights chauffeuring his children around his hometown of Hamilton, New Jersey. Rob is a vegetarian, an avid organic gardener and a trumpet player; he is also a professional coffee drinker. He writes fiction in which coffee, vegetarians, the number thirteen and the natural environment play pivotal roles. For the past two years, Rob has been writing a regular column for Write Anything and starting in 2013 he will be writing for Today’s Author. You can also visit him on his blog: Thirteenth Dimension.

A Change In Perspective

The Advice Of The Old